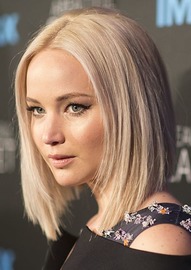 Jennifer Shrader Lawrence is an American actress. The world's highest-paid actress in 2015 and 2016, her films have grossed over $6 billion worldwide to date. She appeared in Time's... Wikipedia