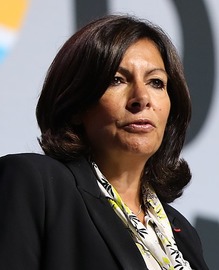 Ana María "Anne" Hidalgo Aleu is a Spanish-French politician who has served as Mayor of Paris since 2014. A member of the Socialist Party, she is the first woman... Wikipedia