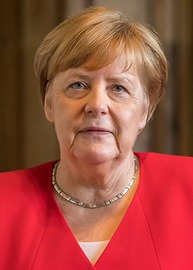 Angela Dorothea Merkel MdB is a German politician serving as the chancellor of Germany since 2005. She served as the leader of the Opposition from 2002 to 2005 and... Wikipedia