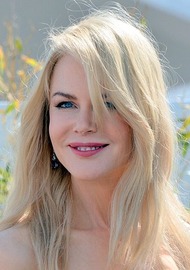 Nicole Mary Kidman is an American-born Australian actress and producer. She is the recipient of numerous accolades, including an Academy Award, a British Academy Film Award, a Screen Actors... Wikipedia