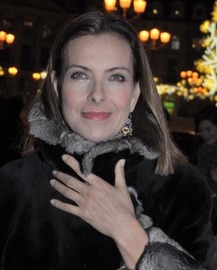 Carole Bouquet is a French actress and fashion model, who has appeared in more than 60 films since 1977. In 1990, she was awarded the César Award for Best... Wikipedia